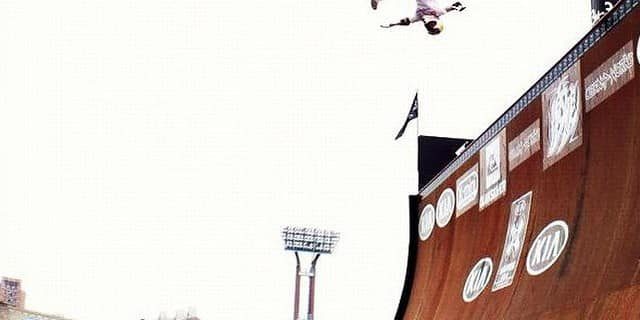 Why Athletes Should Take Nootropics

What is an athlete?

To be an athlete means being dedicated to sports. In other words, an athlete is the person who is trained or skilled in exercises, sports, or games requiring physical strength, agility, or stamina to be a top competitor or an average finisher. So, an athlete has to compete in events to win, and they regularly need to enhance performance in order to win the competition one after another

How can nootropics help athletes?

Nootropics, also referred to as cognitive enhancers, are a class of neurological enhancing supplements, herbs, extracts, and medicines that are used to improve the cognitive function. People use nootropics to improve focus, thought connection, memory, learning and wakefulness. They are also beneficial to athletes to enhance performance.
It is a proven fact that memory, focus, and learning are connected to Serial Reaction Time (SRT). (1) SRT is known as a parameter used for measuring how quickly a person responds to stimuli (for example, a person pressing a button when a sound is made). This is something which is very important to almost any athlete, as the ability to think quickly and instantly is usually required with almost all sports. When a Sprinter moves off the starting blocks, or an NFL defensive back breaks for the ball, everywhere Serial Reaction Time is a very important thing. A slower and steadier athlete can often beat a faster athlete if the former’s Serial Reaction Time is faster. Improving the SRT can often make a person faster. In the gym as well as with the sport of bodybuilding, there is always a huge concentration to muscle connection; and this is where nootropics come into play.
Nootropics have been shown to enhance:

Some nootropics that enhance athletic performance

It is true that for an athlete, there you will find some “sports supplements” that increase alertness, muscle power, reaction time and staying power while decreasing muscle fatigue, or at least the perception of fatigue. There are several different types of nootropic supplements that can really enhance performance of the athletes. The following list includes the most notable ones.

Caffeine is the world’s most widely consumed psychoactive drug and a central nervous system (CNS) stimulant of the methylxanthine class. There has been repeatedly studied for caffeine’s ability to enhance both the mental and physical aspects of athletic performance. Caffeine changes the levels of neurotransmitters in the brain and gives you a feeling of ongoing alertness by delaying the feeling of being tired. Caffeine has been shown to stimulate the release of fat into the bloodstream. The increased level of fatty acids in the blood allows muscles to use fat as fuel and save glycogen (the body’s carbohydrate source), that lets you exercise longer.(2)

Phenylpiracetam is a piracetam derivative and also a member of the racetam family that has cognitive enhancing compound as well as anti-amnesic, antidepressant, anticonvulsant, anxiolytic, and memory enhancement effects. Most athletes and body-builders consider phenylpiracetam as a beneficial supplement that should be taken before a workout session. Phenylpiracetam is very helpful for working out and enhancing athletic performance as it reduces the harmful effects of stress on your body, which is extremely useful for an athlete, increasing stamina, recovery, and endurance. As it can improve metabolism by releasing mental energy, athletes can also focus on the same types of performance for longer period of time than earlier. Athletes take phenylpiracetam supplement for another reason and it is because of the excellent energy levels they get after its consumption, which is very useful while they are in the ground.[3]

Adrafinil supplement is considered a eugeroic compound or wakefulness-promoting agent. Athletes normally work all the year round and expect to do better during their staying on the field. While Adrafinil is given to them, it makes them do amazing achievements at the track and field games. When a substance is able to work as a stimulant to increase the performance of the body, then it also includes strong focus, energy boost and aggression. Sometimes, athletes are known to use mild narcotics to reduce pain in the body. Adrafinil has been banned by the World Anti-Doping Agency, and it was rumored to be very popular among many professional and Olympic athletes before it was tested for due to its performance enhancing effects.[6]

DHEA ( Dehydroepiandrosterone) is an adrenal steroid hormone produced by the adrenal gland that synthesizes DHEA from cholesterol, which can then undergo a two-step conversion into either estrogen or testosterone. It is a popular supplement for athletes; however DHEA has positive effects even before conversion.  The most notable effects of DHEA are increasing bone density, tightening skin, boosting metabolism, and its action as a neurosteroid makes it an excellent treatment for depression. The key benefits that young individuals can expect from DHEA are increased mood, motivation, endurance, and recovery; all of which ultimately contribute to users seeing body fat reductions, increase muscle mass, and enhanced athletic performance. DHEA supplements are usually used by athletes because of a claim that it can improve muscle strength and enhance athletic performance. It is because DHEA is a “prohormone” — a substance that can increase the level of steroid hormones such as testosterone.[4]

Creatine is produced from amino acids and plays a role in converting food into energy. It is known as a popular and somewhat controversial supplement used by some athletes to enhance performance. The potential benefits of creatine may depend on many factors, including age, fitness level, diet, and athletic activity. Creatine is also considered to help improve strength, increase lean muscle mass, and help the muscles recover more quickly during exercise. There is some good evidence that creatine might help modestly with sports that require sudden bursts of action such as in sprinting or weightlifting.[5]

What else can help?

The above nootropic supplements are greatly effective for the athlete to enhance performance.  Besides these nootropic supplements, there are also some other natural substances that can help athlete for enhanced performance.
Adaptogens are the herbs that are believed to have a bimodal function of action either by providing a stimulant effect or a sedative effect depending on the needs of the individual in a particular situation. Adaptogens promote calmness, reduce stress and lead to clear thinking, especially under pressure.
Mushroom extracts such as cordyceps that has gained popularity in the fitness industry due to its effects on workout and athletic performance. It helps improve blood flow and respiration ability and healing.
A high quality multivitamin. Vitamins are needed to keep the body functioning normally. Athletes need to take much higher quantities of vitamin than the RDA.
Strong antioxidants such as grapeseed, CoQ10, or blueberries. Athletes have to do much exercise that causes rapid oxidation. To hinder faster aging and breakdown of our tissues, you must counter the oxidation with antioxidants. Grapeseed, coQ10, or blueberry extract or other strong antioxidants will help you greatly to encounter the oxidation.

Pushing your body past into its normal state can lead to exhaustion and dehydration. It is very important to rest and rehydrate well. Also, taking too much caffeine such as from energy drinks, although giving good reaction times and good energy, can lead to decreased clarity of thought and higher levels of anxiety, which can be quite detrimental for competitions. It would be best to balance the caffeine with something that would keep your mind sharp such as a racetam or noopept, as well as combine it with an adaptogen that will reverse the anxiety caused by the caffeine, such as bacopa monnieri or ashwagandha. Furthermore, to make sure one’s levels of performance are at their peak, one would want to make sure they are not throwing off their electrolytic balance in one’s brain, as caffeine is known to disrupt calcium levels. This also affects the muscles severely. Simply taking vitamin D3 and K2 will fix this.
An easy way to make sure you got all these checked off is to try THRIIV, it is one of our products that can help athletes maintain a balanced and focused state, designed to help people perform their best for competitions. It has already included everything mentioned above plus much more.

The Connection Between Neuroscience and Love Explained
October 22, 2018